A pouch-like organ in the upper right part of your tummy, the gallbladder is superfluous to bodily functions, so when a patient develops problems such as painful gallstones (which can result in an imbalance in the substances which make up bile), it is usually removed by an operation called a cholecystectomy. 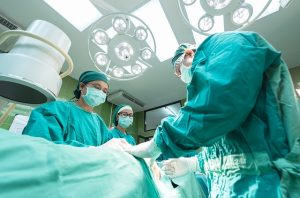 A gallbladder can be removed by either open surgery or more commonly, keyhole surgery (laparoscopy). During this operation the gallbladder is removed by clipping the cystic artery and cystic duct and peeling the gallbladder off the liver bed. The cystic duct is then sealed to prevent leakage of the bile. However, there are some risks associated with this type of surgery and occasionally further injury can be caused to the bile ducts, the right hepatic artery or another vital organ leading to postoperative complications.

What can go wrong?

The bile duct undertakes a crucial bodily process whereby it transports bile from the liver to the intestines which is fundamental to the body’s absorption of fat. However, especially during a laparoscopy, which requires a great amount of precision and skill, there are a number of risks involved which could adversely affect the bile duct and other organs, such as:

If the bile duct is cut or pinched accidentally or the cystic duct is not effectively sealed, then it could cause one of more of the following:

Surgeons should be aware of all of the risks involved in conducting a cholecystectomy, especially during a laparoscopy (keyhole) as injury is more likely to occur during this type of surgery. Ideally they should also discuss any risks with the patient prior to the surgery taking place.

If a bile duct injury should happen then the surgeon should try and repair the damage during the operation. If the injury is left then postoperative complications will arise leading to unnecessary pain, further treatment and crucially as more time lapses the greater the risk of more serious complications.

If you have suffered an injury due to negligence during a gallstone operation, then you could be entitled to compensation. To discuss your situation, contact one of our expert solicitors today on 0800 002 9577.