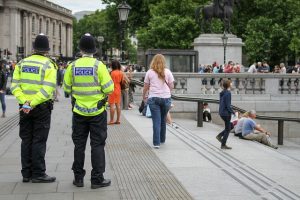 We are all very grateful for the service we receive from the police and other Emergency Services but there are times when mistakes are made by the Police or in other situations there can be misuse and abuse of power by the police. This can have serious effects on individuals. It also reduces the trust which we all have in those holding responsible and influential positions.

Mark Reynolds Solicitors deal in bringing claims against the police when mistakes are made or when they do not carry out their duties as Public Servants as they are legally obliged to do.

By bringing a claim against the police, it is our job to get the answers and the redress that clients and victims need for mistakes and other failures of the Police. Often this will be by way of a formal apology or most likely compensation for what went wrong.

What can I bring a claim against The Police For?

Compensation will be paid to victims who have been physically assaulted or even wrongfully had a Taser used upon them by a member of the Police.

A Police officer can make an arrest if he/she has reasonable suspicion and a reasonable belief that the arrest was necessary. If these grounds are not established, the arrest can be unlawful. If an arrest is deemed unlawful, it will usually be the case that an assault has taken place

A claim for Malicious Prosecution is possible where an individual has been wrongly or maliciously prosecuted for an alleged offence. The prosecution in these instances may be the Police, CPS or even a complainant. Any prosecution brought must ultimately be determined in the favour of the individual who was prosecuted. This means that the prosecution must have been discontinued, there was an outright acquittal or there has been a successful appeal.

The prosecution must also have been made without reasonable and probable cause, was malicious by way of ill will, spite and improper motive.

The prosecution must also have resulted in damage to the person’s reputation, freedom or property.

The Police are Public Authorities under Section 6 of The Human Rights Act.

Claims that can be brought under The Human Rights Act may be for Inhuman and Degrading Treatment (Article 3), Bodily Integrity / Privacy of Information (Article 8), Deprivation of Liberty (Article 5) and Discrimination (Article 14)

A claim against the Police for Trespass to Land will occur if the Police make an unjustified intrusion on to an individual’s land. This will usually happen when The police have entered premises to search or carry out an arrest. It is usual for the Police to rely upon justifying such action by the use of a search warrant or by relying upon The Police and Criminal Evidence Act 1984

It is a priority of Mark Reynolds Solicitors to deliver the highest possible standard of client care and professional service. Any action against the police or similar organisation will in most cases be stressful and challenging.

We recognise this, and we make sure that every client is treated individually with the support they need to get through it.

One of our team will be happy to see or speak with you about an initial enquiry. We are able to arrange home, hospital or prison visits and have access to independent interpreters in a wide range of languages should they be required.

Taking Legal Action against the Police for Misconduct

There are times when the Police abuse their lawful powers such as arresting and detaining a person unlawfully without reasonable grounds for making an arrest or where the police use excessive force in restraining a suspect. Most cases against the Police involve assault, wrongful arrest and unlawful detention.

We understand that if you have been the victim of police misconduct you are likely to feel distressed, angry, humiliated and aggrieved by what happened to you. We will, therefore, handle your case sensitively by carefully listening to you and dealing with your case with your injured feelings in mind.

The IPCC can be persuaded to reverse Investigating Officers’ decisions and to recommend disciplinary action including fines, superintendent warnings and apologies.

The Police code of conduct sets out the standards Police officers must follow. These include requirements to:

From the start of your case, we will advise you on the range of realistic outcomes you can expect.

There are time limits to bring a claim so it is important that you bring your claim in time so that you do not lose your right to take legal action.

Discrimination claims (race, sex etc.) must be issued at court within 6 months.

Human Rights Act claims must be issued within one year. If you have been assaulted the time limit is three years from when you were assaulted, and in most other cases, six years.

If you’ve been the victim of Wrongful Arrest, Assault, False Imprisonment / Unlawful Detention or even Race Discrimination by the police, or if you believe your civil liberties have been infringed, Mark Reynolds Solicitors can help you seek compensation.

For further advice on actions against the police or to make an enquiry simply complete the contact form or call us on 0800 002 9577.

This website uses cookies to improve your experience while you navigate through the website. Out of these, the cookies that are categorized as necessary are stored on your browser as they are essential for the working of basic functionalities of the website. We also use third-party cookies that help us analyze and understand how you use this website. These cookies will be stored in your browser only with your consent. You also have the option to opt-out of these cookies. But opting out of some of these cookies may affect your browsing experience.
Necessary Always Enabled
Necessary cookies are absolutely essential for the website to function properly. This category only includes cookies that ensures basic functionalities and security features of the website. These cookies do not store any personal information.
Non-necessary
Any cookies that may not be particularly necessary for the website to function and is used specifically to collect user personal data via analytics, ads, other embedded contents are termed as non-necessary cookies. It is mandatory to procure user consent prior to running these cookies on your website.
SAVE & ACCEPT